We’ve been improving homes in Derbyshire since 1993

Derby entrepreneur and multiple award-winner Paul Brighouse often thinks back to when he set up in business 25 years ago.

Armed with just a pencil and ruler, two members of staff and a virtually empty workshop, the former bricklayer from Chaddesden, had one dream – to make Trade Windows a success.

“I don’t know how we did what we did in the first year,” says the 61-year-old originally from Chaddesden.

“In 1993, Derby needed quality windows and doors and Trade Windows came along.

“But I can’t take all the credit. My team are incredible,” he said.

“I believe this is the team that will take the business forward over the next 25 years,” he smiled.

This year has been tremendous for Paul and his team at Trade Windows. He’s just clinched Entrepreneur of the Year at September’s East Midlands Chamber Awards and that’s not all.

During his career, he scooped a National Business of the Year Award – presented by TV’s Bob Monkhouse.

“I loved meeting him,” smiles Paul. “He was so much fun.” 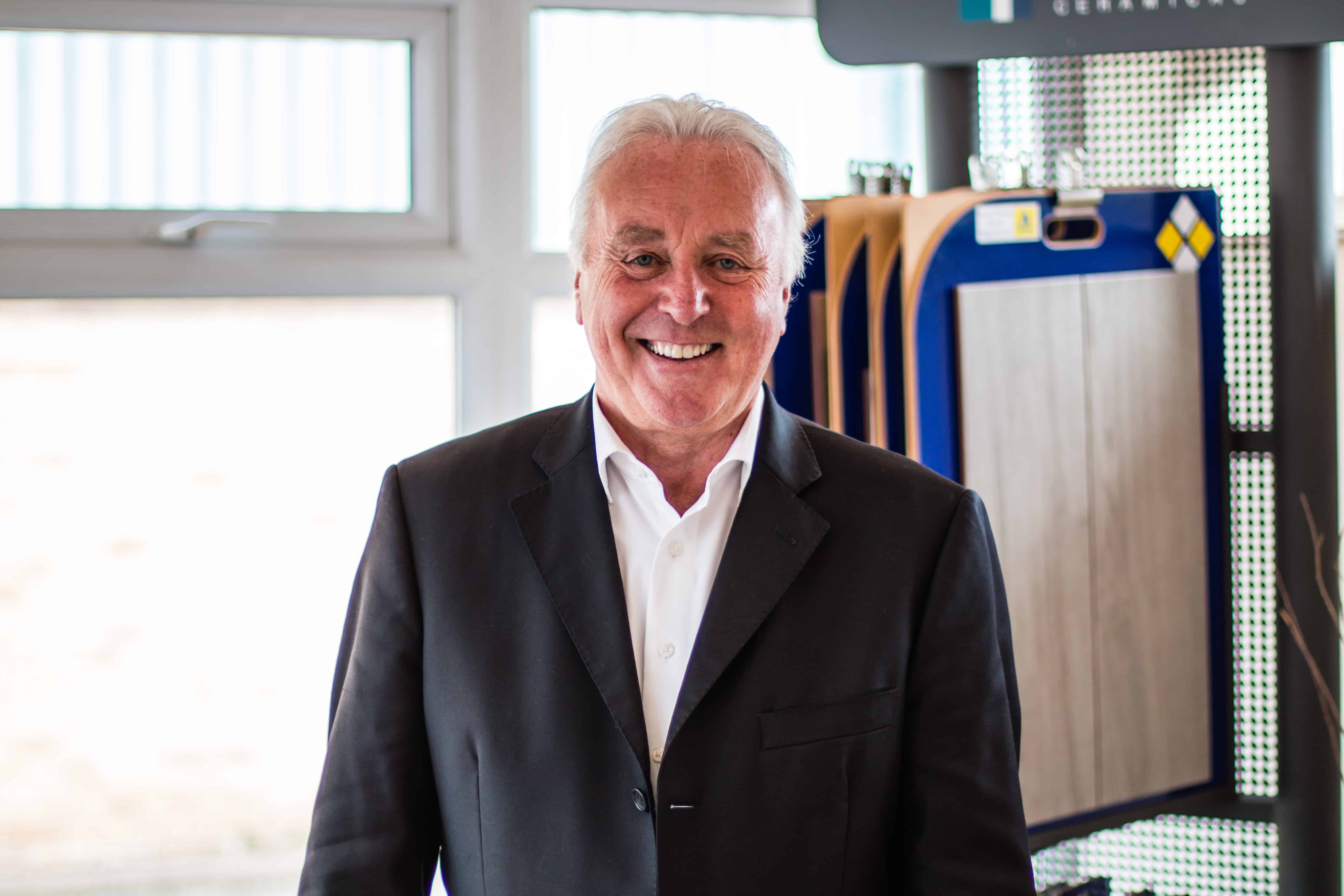 Back to the business and Paul initially set up Trade Windows in a small factory in Old Nottingham Road, Derby. He then moved to London Road, where he created a stunning showroom for local customers.

“On Saturdays, we’d be rushed off our feet,” he said.

“Customers would be queuing up at the sales desks waiting to get quotes and there would be dozens of people in the showroom.”

Carefully and with accurate project planning, Paul expanded the business in every possible way.

He employed more staff and invested in more equipment. Orders flooded in and Paul and his team worked to transform people’s homes across the county.

“I banned hard sell tactics in the sales room,” said Paul. “I insisted on that. It’s not how I wanted to run a business.

“I didn’t want customers experiencing hard sales. I wanted them to come to Trade Windows because we sold the best products and provided the best service.”

From the start, Paul built up a solid reputation.

As well as providing quality windows, doors, conservatory, extension and roofline installations, he made a personal promise to customers.

He says: “Trade Windows developed into a very valued local business and we’ve done more than 40,000 installations. Over the years, it’s a figure I’m proud of. We’ve also sold 4,000 conservatories.”

While Paul chats about the success of his business, he’s strolling through the showroom at Trade Windows.

He’s created a series of stunning new conservatories and orangeries and then there’s Trade Street – a row of full-size, brick-built houses, which show off latest styles of doors and windows.

“I got my trowel out and did some of this brickwork,” says Paul. “I wanted customers to see what we had, but at the same time, produce a really impressive display – which now includes 58 doors. There’s not another showroom like this in the East Midlands. 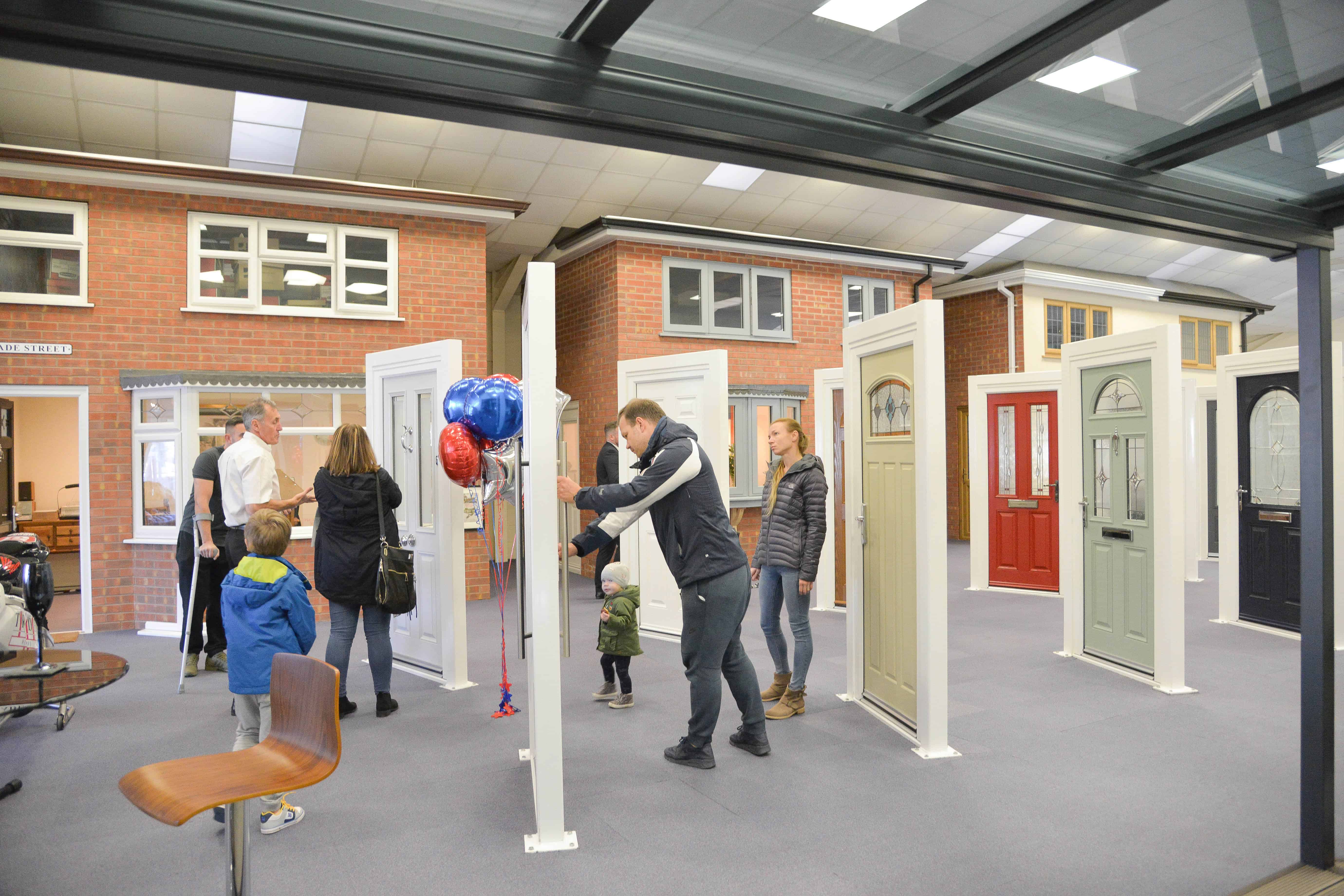 “Last year, we invested in a £75,000 refurbishment and celebrated with a grand open day.

“We’re having another one on Sunday, November 11, where people can come along and not only be inspired by our home improvement products but enjoy a day of family fun.

“At the Winter Wonderhome Extravaganza, there will be cookery demonstrations in the Trade Window’s stunning kitchen, children’s face painting in the showroom’s dining conservatory and Happy Hour at the bar – thanks to special guests, Mambo Mobile Bars. To help get you into the festive spirit, there will also be a Santa’s Grotto and a Christmas post box to send your letters to the big man himself, Father Christmas.”

After setting up the retail window company, Paul started manufacturing aluminium and PVCu doors, windows and conservatories for trade.

“Nigel Leivers, who now looks after the day to day running of the business, knows the industry inside and out and every member of the team pushes the business forward.”

But downing tools and enjoying some quality time with family is proving difficult for Paul.

“I’ve got things I want to do at home,” he said. “But after all these years, it’s hard to let go.

“The problem is, after 25 years, my car literally drives itself here,” he laughs.

The Winter Wonderhome Extravaganza starts at 10am on Sunday, November 11.